Today's conference is chaired by Professor Jason Gardosi MBE MD FRCOG, Director of the Perinatal Institute in Birmingham, UK – an international, multi-professional, not-for-profit organisation he set up in 2013 with the aim to enhance quality and safety in maternity care (www.perinatal.org.uk). The Institute is recipient of consecutive national Patient Safety Awards (2013, 2014 & 2015), the BMJ Award for Clinical Leadership (2015), a Queen's Award for Enterprise/Innovation (2016) for reducing stillbirth rates in England, and a Princess Royal Training Award (2018) for its comprehensive education & training programme. Jason’s main interests are fetal growth, antepartum and intrapartum surveillance, perinatal epidemiology and clinical audit. 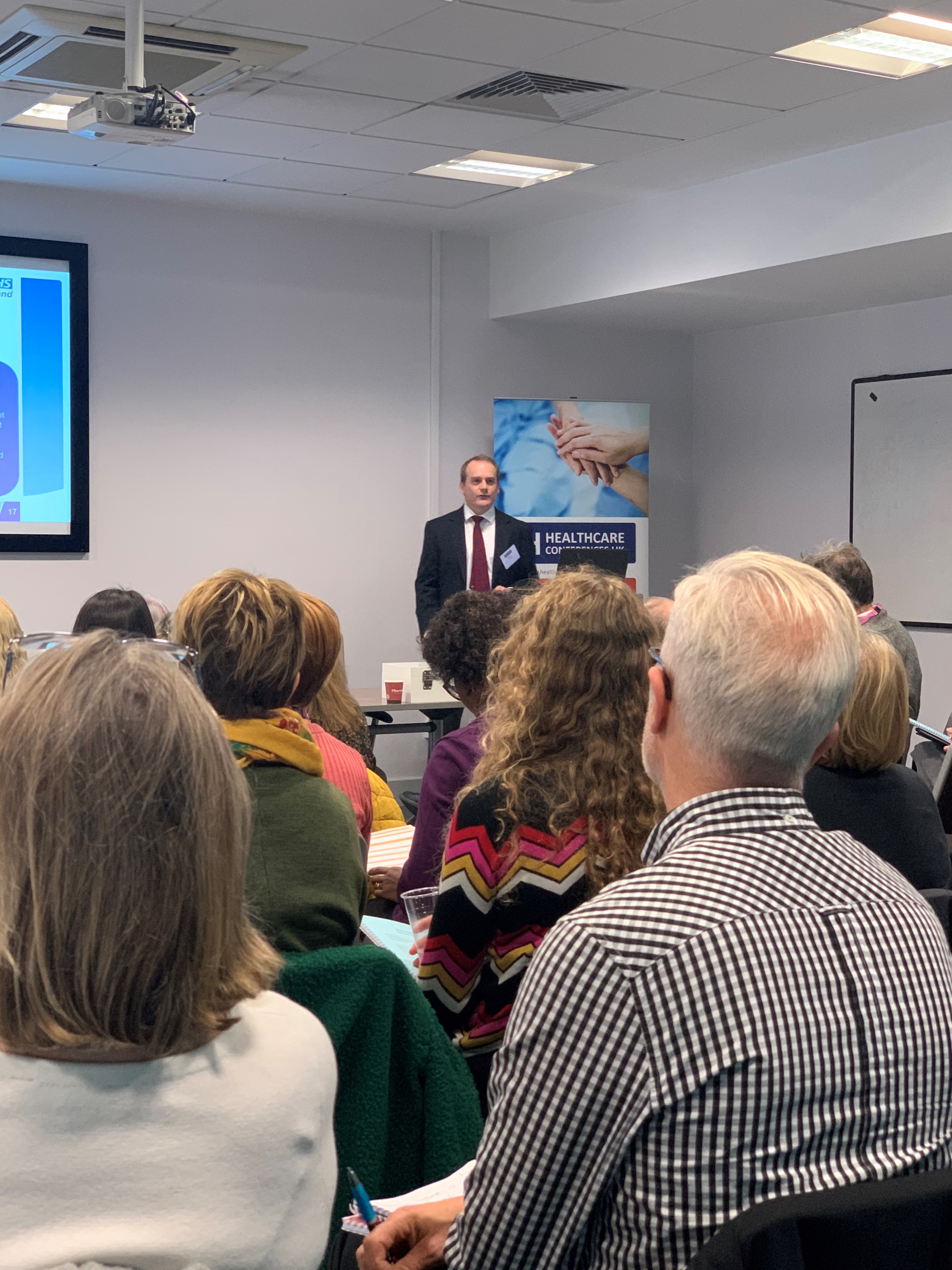 Mr Myles Taylor,
President of the British Maternal and Fetal Medicine Society, Consultant Obstetrician and Gynaecologist, Royal Devon and Exeter Hospital
Myles said there's still more to be done, still birth rates are still too high, they are coming down but the rate needs to increase to hit the 50% reduction by 2025 government target. He said; "we are doing well in still birth intrapartum and term, not so well in certain groups...we need to do more about pre-term birth."  Miles went on to talk about the saving babies lives care bundle, saying still birth rates declined by 20% in participating trusts and it has been cost effective. He said version 2 has been developed to focus on less interventions, easier implementation and more on prevention including reducing smoking, and grown restriction.
Full PowerPoint Presentation
Resoure: Preterm Birth Guidelines

Learning from MBRRACE-UK: Mothers and Babies: Reducing Risk through Audits and Confidential Enquiries across the UK
Prof Elizabeth Draper
, Professor of Perinatal and Paediatric Epidemiology, The Infant Mortality and Morbidity Studies Team, University of Leicester & MBRRACE-UK collaborators
Pre-event abstract
Key Findings and Recommendations from the 5th MBRRACE-UK report for UK perinatal deaths for births in 2017 will be presented alongside updates from the MBRRACE-UK programme. Learning from the first 1500 reviews using the National Perinatal Mortality Review Tool and the development of SMART action plans with their implications for practice and maternity care.

Exploding the 3-Dimensional Singularity of Stillbirth
David Monteith, Father & Founder of Grace in Action
David is an actor, director, tutor, podcaster and stillbirth activist and has travelled from Ireland where he is rehearsing Shakespeares Winter's Tale to be with us today.
David and his wife Siobhan began their journey  from innocence and naivety to bereaved parents when their 2nd daughter, Grace died in 2014. In 2015 David won the Inspirational father category at the Butterfly Awards and since then has spoken on stillbirth issues all over the country. He has spoken to an audience of 6000 at a conference in Denmark and at a march in Washington DC. He and his wife are continuing to raise awareness by establishing 'Grace in Action' to help parents explore Life after Stillbirth.

Reducing stillbirth: Prevention and Management of Risk Factors
Prof Alex Heazell, Clinical Director at Tommy’s Stillbirth Research Centre, St Mary’s Hospital, Manchester
Pre-event abstract
In 2015 the stillbirth rate in the UK was higher than comparable high-income countries. Although the reasons for this are incompletely understood, it suggests that improvement in the stillbirth rate in the UK is possible, which is borne out by reduction in subsequent years. Applying different epidemiological approaches to study stillbirth has identified risk factors including: younger and older maternal age, black and minority ethnic groups, poor educational attainment, obesity and cigarette smoking. Importantly, 81% of women who have a stillbirth do not have any of these risk factors present at the beginning of pregnancy, and few of these risk factors are amenable to modification during pregnancy.
Therefore, in the last five years, several case-control studies have been conducted to identify factors which can be modified (or for which care provision can be modified) during pregnancy. These studies have identified a variety of factors associated with stillbirth including: being small for gestational age, going to sleep supine, maternal age ≥35 years of age, perceived maternal stress, domestic violence and maternal perception of reduced fetal movements. These epidemiological studies have been accompanied by scientific and physiological investigations regarding an underpinning mechanism. In the case of supine maternal position, this is associated with reduced uterine blood flow and changes in fetal behavioural state. Being small for gestational age, perceiving a reduction in fetal movements and pregnancies in mother’s ≥35 years of age are all linked to changes in placental structure and function, reducing the ability of the placenta to transport nutrients to the fetus.
As there is evidence indicating that some of these associations may be causal, interventions have been studied using a variety of methods including stepped-wedge randomised cluster trial (AFFIRM), individual randomised controlled trials (35-39 study), use of routinely collected maternity data and interrupted time series analysis (SPiRE). These approaches have demonstrated various effects of intervention. Notably, these studies demonstrate that very large datasets are required to show a conclusive reduction in stillbirths. Importantly, datasets of this size are able to demonstrate smaller changes in secondary outcomes such as the proportion of labours which are induced and the proportion of births by Caesarean section. Analysis of the Saving Babies Lives Care Bundle in 19 early adopter sites showed a significant reduction in stillbirth of 20% from 4.14 to 3.31 per 1,000 live births. In particular, this programme increased the detection of babies who were small for gestational age from 33.7% to 53.7%, and additional ultrasound scanning was associated with a reduction in stillbirth. However, over the same time frame there was an increase in induction of labour, emergency Caesarean section and admissions to the neonatal intensive care unit. Analysis of national data demonstrated that induction of labour by the estimated date of delivery lowered the incidence of perinatal death compared to expectant management (0.08 vs. 0.26%). However, there was a high number needed to treat (562 IOLs to reduce one perinatal death). These data show that while perinatal deaths may be prevented, other secondary effects need to be considered. A more personalised approach may be able to focus intervention to women who are most likely to benefit.
In conclusion, the UK needs to address stillbirth rates alongside other challenges in maternity care. There has been a significant reduction in stillbirth in recent years during which time there has been significant developments. It is anticipated that information from perinatal surveillance and the perinatal mortality review tool, in addition to data from observational and interventional studies will allow changes to maternity care to be made iteratively in quality improvement cycle. However, biomedical / technical solutions do not provide a complete solution, and social determinants of stillbirth also need to be addressed to reduce stillbirth.
Full PowerPoint Presentation